Barry’s Blog # 13: An Anniversary to Ponder

In this time when the rich are attempting to further weaken the rights of working people, we should realize that the attack on the World Trade Center  (nine-eleven) was not the first time that New Yorkers gazed upward to see dozens of human beings falling from a tall building. It was actually in nineteen-eleven, when one of the nation’s worst industrial accidents occurred.  In fact, it was on March 25th,  2011 that the Triangle Shirtwaist Fire took the lives of 146 workers, mostly women, mostly recent Jewish and Italian immigrants, all of them union activists. See these links to learn more about this chapter of our mostly untold history:

The Triangle Shirtwaist Company was one of the original, and worst, of the “sweat shops.” The women working there had been among the leaders of the thousands of workers who had been agitating for minimum health and safety standards in New York’s garment industry. Many had suffered beatings by the police. In fact, they had recently won the right to work only 52 hours per week (down from 66 hours). But they had not won the right to work in a safe environment.

And they had been locked in the building by their employers (allegedly to prevent theft) when the fire broke out in the ten-story building and spread rapidly through the great piles of cloth. 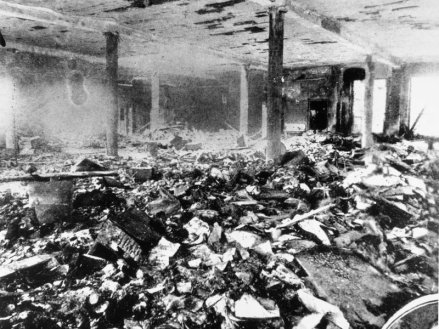 The fire brigades couldn’t help, because their ladders didn’t reach high enough. Most of the dead burned to death or were asphyxiated, but approximately 60 of them jumped to their deaths in the streets below. Many of these bodies lay on the street for several days as survivors attempted to identify them.

But this tragedy proved to be a turning point. If any good came out of the fire, it was that many of the worker’s rights (including the 40-hour week and collective bargaining) that these women had fought for were soon established. Later came the right to vote. Eventually, but not until the1930’s, the New Deal provided the federal safety net for workers that we all take for granted – Social Security, unemployment Insurance, OSHA, etc.

And a truly great song – a lament for the fallen – entered our songbook as well. Another garment worker, one of the “Sweatshop Poets” named Morris Rosenfeld, chronicled the desperate longings of his fellow sweatshop workers in hundreds of poems which appeared in the Yiddish press from the 1880s to the 1920s. Set to music, many of them entered the folk tradition — some as love songs, others as anthems of the emerging labor movement.

Don’t look for me where myrtles are green.  You will not find me there, my beloved.  Where lives wither at the machines,  there is my resting place.

Don’t look for me where birds sing.  You will not find me there, my beloved.  I am a slave where chains ring.  There is my resting place.

Don’t look for me where fountains spray.  You will not find me there, my beloved.  Where tears flow and teeth gnash,  there is my resting place.

And if you love me with true love,  so come to me, my good beloved.  And cheer my gloomy heart  and make sweet my resting place.

Here is a marvelous audio clip (among many others) of the song.

The place they died was a building just off Washington Square, now a part of New York University. Today, many will gather there to remember their sacrifice. The rest of us can remember that almost all of our clothing is manufactured in Third Word sweatshops by women working in even worse conditions than existed here a hundred years ago. Only a few months ago 25 Bangladeshi women leaped to their deaths in a factory fire eerily similar to the Triangle fire.

December 2012: Again Bangladesh became part of this story, as 112 women died in yet another garment factory fire. Once again, the managers, working for Wal-Mart, had locked the doors from the outside.

We can honor them all by not supporting the current ideologies that blame the ruinous state of our economy on working people, by not allowing friends and relatives to demonize immigrants, legal or otherwise. To do that would be to subscribe fully to the myth of American innocence.

This entry was posted in Uncategorized and tagged Barry's Blog # 13: An Anniversary to Ponder. Bookmark the permalink.

1 Response to Barry’s Blog # 13: An Anniversary to Ponder