So let’s talk about an influential journalist and how to read him with the eye of a mythologist. David Brooks is a gatekeeper of the first magnitude. He has been called the sort of conservative pundit liberals like, one who “engages” with them and praises the “moderate majority” of Americans. He has shown contempt for Tea Partiers and Trumpus while occasionally supporting Barack Obama. Now that’s reasonable.

A few years ago a student of mine forwarded a recent NYT article of his: “The Spiritual Recession – Is America Losing Faith in Universal Democracy?”  because the article appeared to be about one of my favorite themes, the loss of myth and the struggle to find meaning in its absence.

While Brooks does offer some insightful comments, it’s critical to understand that he, like all insider gatekeepers, is writing from within the bubble of American Innocence and privilege. In doing so, he is implying that all “reasonable” readers share his basic assumptions. He is inviting you and all NYT readers to join him in a comfortable space where none of those assumptions will be endangered.

But some of us who watch from outside of the bubble have realized that we must do more than pontificate about politics and culture, even about myth itself. We have to learn to think mythologically in order to extricate (liberate, if you prefer) ourselves from the flawed mythologies that no longer serve us, and the ways in which they reinforce our sense of who we are. No wonder Tucker Carlson and his ilk are so desperate to make fun of “woke” people.

Once we begin to see how much our understanding of politics is controlled by storytellers — candidates, journalists, speech writers, history textbooks, movies, televangelists, national monuments – we begin to get more suspicious. 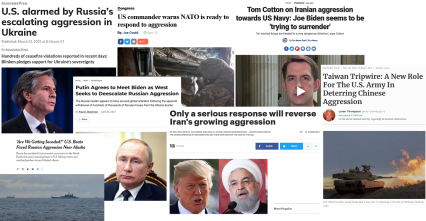 We remember, as Hillman wrote, “…that peculiar process upon which our civilization rests: dissociation.” Only such a dissociated stance – precisely the one that Brooks offers us – can enable us as individuals and as a nation to go on drooling over those Armani ads while our military (abroad) and our militarized police (domestically) continue to wreck biblical violence upon the Others of this world.

Thinking mythologically helps us to identify the voices of the gatekeepers. Such voices (formerly the priesthood, now the New York-based media) set the limits of acceptable debate and subtly reinforce what Joseph Campbell called the sociological level of myth, which is composed of the narratives that validate the existing social order. Brooks does this in his first two paragraphs by implying that “the dream of the beautiful collective” (he means “socialism”) is antithetical to “universal democracy,” and later by stating categorically that “capitalism is necessary.”

I am not arguing that socialism is a panacea. Our problems go way beyond such (quite necessary) considerations of how wealth should be created and distributed equitably. I’m simply pointing out that our responsibility as mythologists is to deconstruct such skillful writers as Brooks and identify their real agendas.

So when he writes, “Americans felt responsible for creating a global order that would nurture the spread of democracy,” we need to understand that he is referencing one of the most fundamental assumptions of the myth of American Innocence, that America has a divinely inspired, Christ-like mission to save the world, one that requires a military empire with hundreds of bases. Accepting that statement, ten generations of American parents have offered their sons as willing sacrificial offerings to Ares, the god of war. And they have willingly ignored the suffering that the empire has inflicted: We had to destroy the village in order to save it.

It was no accident that Brooks wrote this article just as the debate about attacking Iraq yet again was heating up in the media. The “loss of faith” he laments is the willingness to blindly support our leaders in yet another crusade for democracy in the Middle East.

For more on Brooks’ agenda, see “Highly Placed Media Racists,”  By Steve Rendall and “Sing in Unison, David Brooks Tells Black Athletes”, by Adam Johnson, in which Brooks advises them not to kneel when the National Anthem is played because their political activism might be counterproductive. With this patronizing advice, he reprises a sixty-year-old liberal nostrum: “We support your aims but not your tactics.”

Here’s another essay of mine on the subject of gatekeeping: The Ritual of the Presidential Debates