Of course, all three monotheistic traditions (as well as Hinduism, Japanese culture and our own Greek mythological heritage) contain esoteric threads that reject puritanism and find the modesty doctrine irrelevant. But we are talking about sex, gender, morality, renunciation, segregation, power, politics, rebellion and control in our contemporary lives.

As recently as 2013, the Iowa Supreme Court agreed that a dentist was correct in firing his female employee because she was “too attractive” and was a “perceived threat” to his marriage.

In their reaction against the encroachments of secular culture, the fundamentalists who continue to preach the modesty doctrine perpetrate the wounds of their tradition upon another generation of young men as well. Another progressive Christian argues:

It teaches men to be afraid of women because their sexual power is too great to be resisted.

It teaches men to despise women and hampers their relationships.

It teaches men to be afraid of their own bodies.

It teaches men to control and criticize women in order to protect themselves.

It teaches men to be paranoid about their sexual orientation.

It teaches gay men that they don’t exist.

Some Muslim women question the modesty doctrine itself:

The mandate that women cover their hair relies on misinterpretations of Koranic verses…To us, the “hijab” is a symbol of an interpretation of Islam we reject that believes that women are a sexual distraction to men, who are weak, and thus must not be tempted by the sight of our hair. We don’t buy it. This ideology promotes a social attitude that absolves men of sexually harassing women and puts the onus on the victim to protect herself by covering up…The new Muslim Reform Movement, a global network of leaders, advocating for human rights, peace and secular governance, supports the right of Muslim women to wear — or not wear — the headscarf.

And how about our own secular culture, where a woman still can’t be too rich or too thin? Isn’t “size six” the equivalent of the hijab? And have you ever noticed that if we gaze at the models in fashion magazines we are as likely to see disdain, even hatred in their eyes as we are to see charm?

When we follow the modesty doctrine to its core, we confront a truth that Camille Paglia articulated years ago:

The agon of male identity springs from men’s humiliating sense of dependence upon women. It is women who control the emotional and sexual realms, and men know it. 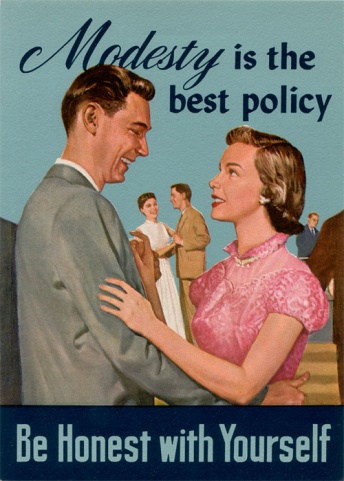 But we are talking about men who, for the entire length of recorded Western history, have never known who they are – uninitiated men who have inherited the values of their misogynistic fathers and passed them on to their sons. This is a huge topic, and I refer interested readers to Chapter Five of my book, from which I draw the necessary contrast between this tragic heritage and the indigenous world where myth and initiation rituals still survived.

(Martín) Prechtel writes, “Only an initiated man could marry a woman and not be miserable.” By rooting men in their essential masculinity, initiation also brought them into mature relationship with the feminine. Initiation always preceded courtship and marriage, because untransformed men were likely to abuse women. It was obvious to them that when rape is the only way to get what a man wants, as Paglia writes, “…he is confessing to a weakness…She is abused, but he is utterly tragic and pathetic.”

…Boys learned that they could be nurtured from male elders as well as from their mothers. Paradoxically, temporary separation from women activated their non-violent relational capacity and directed their litima (instinctual aggressiveness) toward protecting the feminine. Such men do not define their masculinity in contrast to the feminine.

Those who define themselves as not-women, however, must either keep separate to maintain their purity or dominate women to enforce mastery. Uninitiated men are preoccupied with literal sexuality rather than with the erotic, which they reject as effeminate. They require women to carry it all – feeling, fantasy, loving, relating, inspiration. We retain a vague memory of the secret male societies common among tribal people in all-male clubs, barbershops, poker nights and taverns. But, writes psychologist Jerome Bernstein, such events serve primarily as “places where men…hide from the Devouring Mother, rather than to gear up for a final wrenching free of her.”

Authentic masculinity serves the feminine. Holding it within, a mature man does not need to project and demonize it outwardly. Initiation encourages youths to leave the primal relationship with mother, to be held by something larger: nature. They are introduced to “the Great Mother in nature and to the Mother of Inspiration, who presides over the well of memory and art,” writes (Michael) Meade.

May it be so. If humanity is to survive our massive contemporary crises, it will require the return of such rituals. As men come to know themselves, may they continue to pull back their projections from women and see them as they would want to be seen. As the old patriarchs die off, may we all be free to show off or not. May the modesty doctrine become a personal choice. In 2017, a court finally ruled that Israeli airline employees can no longer ask women to change seats to spare a man from having to sit next to them.

Meanwhile, the old madness (and the humor that we need) follows us into the “New Age.” A female friend relates a conversation at a Yoga retreat that occurred not that many years ago:

Male: Respected sister, may I please ask a favor?

Male: I know that you represent the divine feminine. But in the interests of decorum, so as not to distract the brothers from their meditation, would you please put on a bra?

Female: I am wearing a bra. Would you please take your eyes off my breasts?